January 2019
Dave
But in February 2018 disaster struck and I had a serious ankle injury playing squash – I managed to snap my anterior tibiofibular ligament – resulting in my spending much of the rest of 2018 with my ankle bound up in support aids (taking lots and lots of painkillers) and with a noticeable limp through to November. As you can image, my running was put on hold!

Alex, for his part, did do the virtual half marathon last year, and he and his wife went to Disney in Florida where they also completed the runDisney Star Wars 5km, 10km, and half marathon weekend in April of 2018. Below are the medals he received! 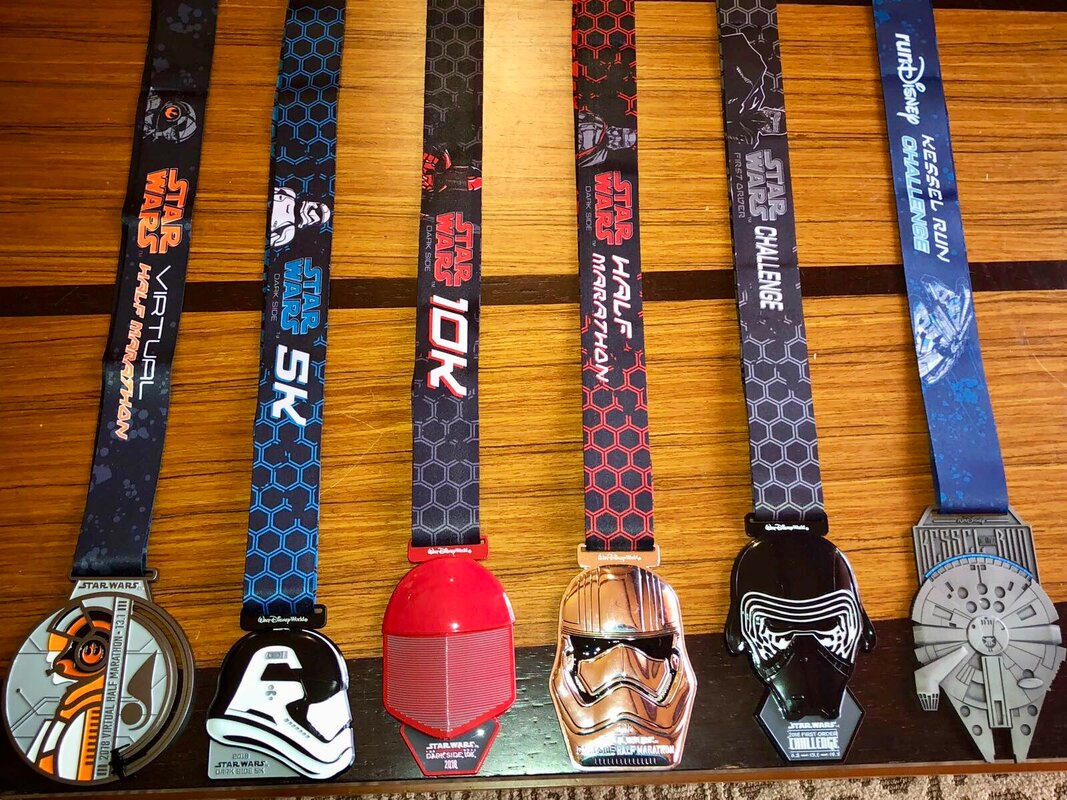 So, jump forward 12 months, my ankle is strong(ish) again, I am just back to playing squash and I am keen to regain the fitness I had in early 2018. I have even begun running with my wife again (even slower than before). So, this year will be the year I DO the virtual half marathon.

Having spoken to Alex, he too is keen to do it, so we are both signing up (and we are trying to convince other Council members as well...). If anyone else has an interest here are relevant  links to details of how to sign up and what this years' medals are:
https://www.rundisney.com/events/virtual/star-wars-virtual-half-marathon/

https://www.starwars.com/news/star-wars-rundisney-2019-medal-reveal
For those of you who are unfamiliar with a virtual half marathon, it’s where the participants run the distance (13.1 miles or 21.1km) but not on any set route or even in one go. It’s a way of encouraging healthy activity for everyone (not just runners) and is great for runners who are just getting into the sport, or who (for whatever reason) might struggle to do a full half marathon in one stint. So, for me, someone who doesn’t enjoy running, and who returning to fitness after my injury, it’s a great challenge.
But I also wanted to use the event to do more good, and local to where I live, so I have looked at my local community for ideas.

At my local squash club (where I have coached children for the last two years as well as play) I got chatting to one of our students. As well as being a squash student herself, she also helps us with the under 8s children we coach as part of her Duke of Edinburgh award.

She is currently at high school and has the opportunity to travel to Madagascar next year to work with a team of researchers on the island as part of Operation Wallacea (https://www.opwall.com/). Operation Wallacea (Opwall) is a global conservation research organisation that is funded by, and relies on, teams of student volunteers who join expeditions for the opportunity to work on real-world research programmes alongside academic researchers. The various expeditions are also a major source of income for the local economies in which the research is undertaken, helping many locals and educating them on the diverseness and uniqueness of their local environments. This is a topic close to my heart as my degree was Geography and Geology, where we studied many different environments and what makes each unique. 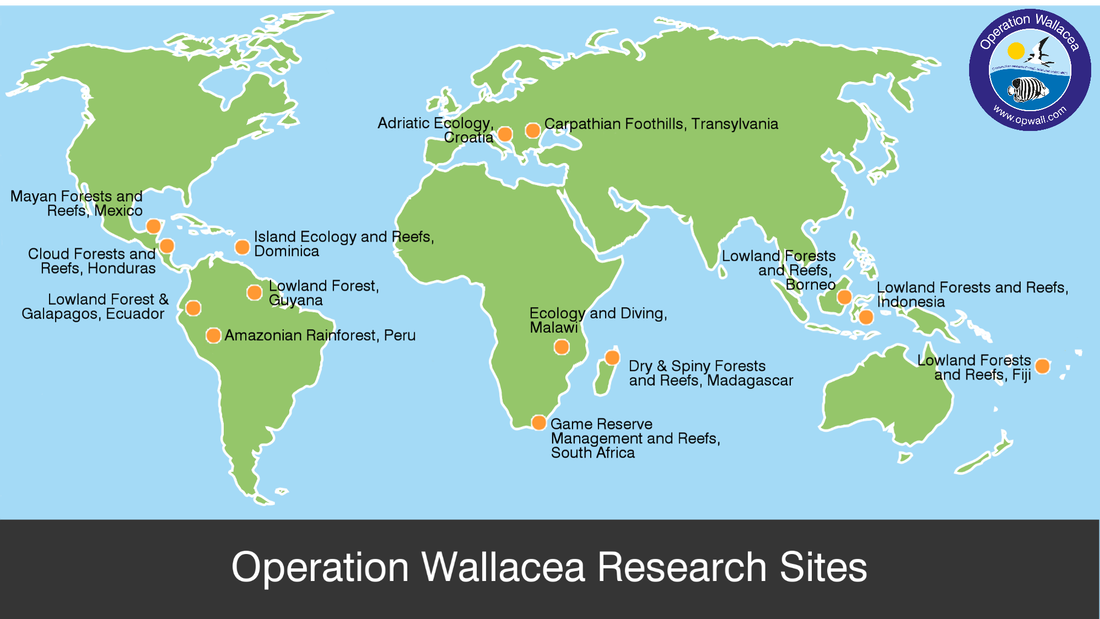 To be able to do this, she has to raise all the money for her travel, accommodation and food herself. She also has to make a contribution to the researcher team she is with on the island for their time and support and to help fund their research. This is to the tune of £3.5k! A staggering amount for a teenager to raise. She has already begun raising money herself, with cake sales and babysitting and I have committed to helping raise what money I can by way of sponsorship for completing my challenge.

Here is a link to Anya's 'Go Fund Me' page so you can donate directly: www.gofundme.com/Anyas-madagascan-expedition

The Virtual Half Marathon event is now open, and runners can log their time between the 3rd January and 31st March. As I am trying to set myself a challenge, my aim is to do the entire distance within 10 days – so I would need to do at least 2km a day. I am also aiming to cover the entire distance in less than 2hr 30mins. This would make my average time about 7minutes per km (11.5min miles).

I will ‘begin’ my challenge on the 20th March – giving me 11 days, in theory, to achieve the distance. Between now and then I will attempt to get fit enough. I am currently managing an average of 10km a week at an average pace of 8mins per km, so I have a bit of training to do. My wife will be helping, and the teenager I will be supporting will also be out with me on my training. I will be blogging regularly on our twitter account so please cheer me on as this is going to be decent challenge for me. I will also be adding a 'fund me' type link if anyone is feeling generous!

In summary – I have 48 days to get fit enough to manage this!

May the Force be with you... always
Meet the team